Remember when the National Vaccine Information Center (NVIC) tried to kill you on Delta flights by telling everyone that the flu is no big deal and that if you just wash your hands you won’t get sick from the guy next to you smearing boogers all over your arm rest? That was pretty great. Especially now that a swine flu variant has emerged in 5 states.

But the NVIC isn’t happy with just spreading horrible diseases on airplanes. Now they’re running a new ad in Times Square on ABC Full Circle’s 5000 square foot TSQ Digital Screen, where millions of people get to see it every day. And its scheduled to run during the Times Square New Years Eve celebration.

And if you think a little 15 second ad in Times Square is inconsequential, you should probably know that in New York whooping cough cases for August through December have almost tripled since last year. Warning people to “know the risks” of vaccines and directing them to a website designed to scare the hell out of anyone considering getting a vaccine is the kind of thing that ends with, for example, a tripling of preventable infectious disease cases.

Think of the Times Square Ball dropping as a metaphor for polio descending upon New York City… then think about how awful that is, and do something about it. Jamie Bernstein, of the Women Thinking Free Foundation and the Hug Me I’m Vaccinated campaign, posted a change.org petition demanding the removal of this ad:

An ad by the NVIC earlier this year on a different screen in Times Square and an NVIC PSA that was playing on Delta Airline flights was condemned by the American Academy of Pediatrics as being harmful, unfounded, unscientific and misleading.

The NVIC is a notorious anti-vaccine organization, whose name and website are designed to give the impression that they are a legitimate government agency. However their “vaccine information” is designed to frighten the public and encourage individuals to opt out of protecting themselves and their children through immunization.

This is an especially dangerous time to be spreading fear about vaccines in New York City, where the NYC Department of Health has confirmed 126 cases of whooping cough since August 2011. Whooping cough is a serious disease and infants are especially at risk of serious illness or even death. Vaccines are our most powerful tool in defense against diseases like whooping cough. However, if NVIC’s ad is successful, we may see more people refusing vaccinations for themselves and their children, and a rise in illness and death within the US.

NVIC’s Times Square ad is misleading and downright dangerous. ABC and Disney, you need to take responsibility for protecting public health by pulling this NVIC’s harmful ad before it can do more damage

Please share the petition with your friends and relatives and neighbors and strangers.

Tweet @DisneyChannelPR using #ABCsSickNYE. You can copy/paste one of these or write your own:

Whooping cough is on the rise thanks to things like NVIC advertising on @DisneyChannelPR screens in NYC. #ABCsSickNYE http://bit.ly/rXLHOd

Don’t forget to tell them what you’ll be doing instead of tuning into ABS for Dick Clark’s New Years Rockin’ Eve featuring the NVIC ad in the background. (And starring Jenny McCarthy… for real.)

Also, today is Jamie Bernstein’s birthday. And all she wants is to get ABC to agree to stop running dangerous ads in one of the most heavily traveled areas of the country. Help save Jamie’s birthday! Help save the world!

Elyse MoFo Anders is the bad ass behind forming the Women Thinking, inc and the superhero who launched the Hug Me! I'm Vaccinated campaign as well as podcaster emeritus, writer, slacktivist extraordinaire, cancer survivor and sometimes runs marathons for charity. You probably think she's awesome so you follow her on twitter. Why I am Boycotting the 2014 Winter Olympics 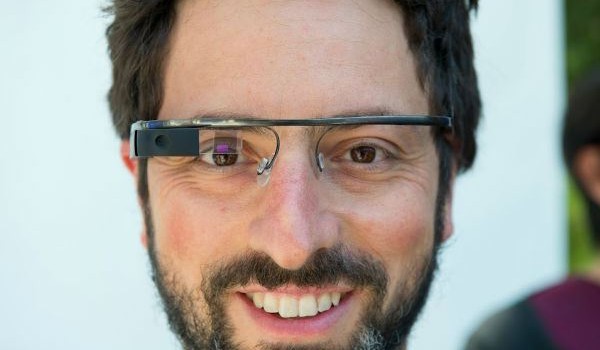 Skepchick Sundaylies! with Gravitational Waves, a Frontier Suffragette, and Joining the Military to Pay for School

Melissa Harris-Perry to MSNBC: “I am not a token, mammy, or little brown bobble head.”

It's a shame I don't live in Georgia, because I sincerely believe that old white men ruin the neighbourhood.

I won't be unhappy if she wins, exactly, unless it's a stolen primary with all this undemocratic Superdelegate crap, but I'd much rather the more severe liberal and progressive Sanders.…

I don't get it. I mean, I can forgive her for campaigning for Barry Goldwater as a teenager, we all do stupid things, but listing Goldwater as one of her…

Yeah, hence the "As of writing."

I wonder if this applies to a warden who refuses to handover a prisoner who would be executed?

Skepchick has moved to a shiny new server! If you'd like, you can help us cover the added costs that keep the entire Skepchick Network running smoothly.

Donate to the Server Fund

Skepchick is licensed under a Creative Commons Attribution-NonCommercial-NoDerivatives 4.0 International License.