skip to main | skip to sidebar

Lois Schadewald - From the Minds of Pseudo-Scientists 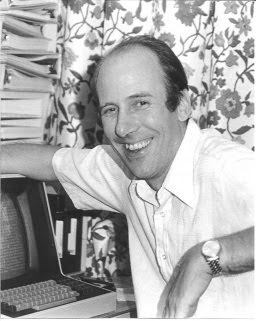 Worlds of Their Own: A Brief History of Misguided Ideas: Creationism, Flat-Earthism, Energy Scams, and the Velikovsky Affair is a collection of writings from the late Robert Schadewald, a science writer who spent much of his time debating with creationists and flat earthers in the name of science. The testimony of a thirty-year expert in the realm of debunking pseudoscience, "Worlds of Their Own" is proof that the world lost a great scientific mind in 2000.” (From Midwest Book Review, Oregon, WI)

“History is written by the winners, including that of science. Unorthodoxies that flourish at the grassroots are often beneath the contempt of historians. Zetetic astronomy (flat-Earth science) was a household term in Victorian England, but not a single reference to it is found in conventional histories. We ignore such histories at our peril. Since the beginning of time, con artists have promoted pseudosciences – these ideas usually die in obscurity. Before they do, they may cause genuine harm. So, how do we discern between pseudo and actual science? To fully understand what science is, we must understand what science is not.”

Source: Book jacket cover for Worlds of Their Own: A Brief History of Misguided Ideas: Creationism, Flat-Earthism, Energy Scams, and the Velikovsky Affair

Worlds of Their Own was compiled by Lois Schadewald, Bob's sister, an Iowa State University alum and science educator, and faculty in chemistry here at NCC. She spent her 2003-2004 sabbatical preparing Worlds of Their Own as a fitting tribute to her late brother.