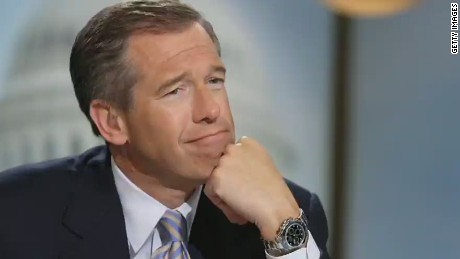 David Carr on the impact of Brian Williams' suspension

Bombshell departures of Williams and Stewart

Peter Bergen is CNN's national security analyst, a vice president at the New America Foundation and the author of "Manhunt: The Ten-Year Search for bin Laden -- From 9/11 to Abbottabad."

(CNN)Embattled NBC News anchor Brian Williams may have some more explaining to do.

On May 3, 2011, just two days after the daring U.S. Navy SEAL Team 6 raid that killed Osama bin Laden in Pakistan, Williams said on his NBC News show, "Now, people might be hearing about SEAL Team 6. I happen to have the great honor of flying into Baghdad with them at the start of the war."

With this statement Williams asserted that he was embedded with one of the most covert units in the U.S. military and flew with the SEALs into Iraq in March 2003 as the war there began.

When asked about this claim, a Special Operations Command spokesman Ken McGraw told CNN: "We do not embed journalists with that unit or any other unit that conducts counterterrorism missions. Bottom line -- no."

Could Williams have simply hitched a ride into Iraq with SEAL Team 6 outside of the formal embedding process? This seems quite unlikely. A SEAL officer told CNN, "That early in the conflict, there were only missions taking place, not bouncing between outstations." 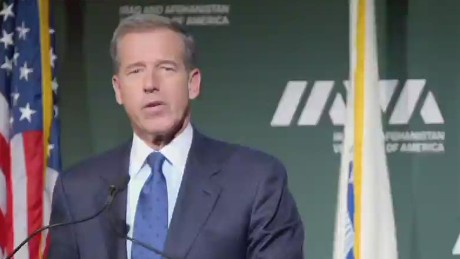 Williams was suspended this week for six months without pay as anchor of "NBC Nightly News" after it emerged that he had embellished the tale of a helicopter ride in Iraq, claiming incorrectly to have been on a chopper that was hit by rocket fire. NBC is conducting a fact-checking investigation of Williams' statements.

The Huffington Post first reported that there were questions about Williams' statements about the SEALs.

William has made further claims about his purportedly tight relationship with the men of SEAL Team 6, saying on the "Late Show With David Letterman" in January 2013, "About six weeks after the Bin Laden raid, I got a white envelope and in it was a thank-you note, unsigned. And in it was a piece of the fuselage of the blown-up Black Hawk in that courtyard. Sent to me by one of my friends."

The SEAL officer says this seems unlikely given that "there's no connection between the guys that went in early ('03) and the guys at A-bad," an abbreviation for the city of Abbottabad, Pakistan, where the bin Laden raid was carried out.

Also, why SEAL Team 6 would want to thank Williams after the bin Laden raid is inexplicable as he had nothing to do with any element of it.

In the course of reporting the book "Manhunt: The Ten-Year Search for bin Laden -- From 9/11 to Abbottabad," I interviewed dozens of the key officials who played a role in finding bin Laden or planned or executed the raid that killed him. None of them mentioned Williams as having any role in any of this.

Two of the key players I interviewed for the book had been given mementos by SEAL Team 6. One was Leon Panetta, the CIA director who oversaw the successful hunt for bin Laden. And the other was Gen. Stanley McChrystal, the former commander of Joint Special Operations Command that oversees SEAL Team 6, who was presented with an American flag that members of the unit had taken on the bin Laden mission.

But what makes Williams claim that he was given a piece of the helicopter that went down at the compound in Abbottabad where bin Laden was living even more implausible is what happened the night of the raid.

Members of SEAL Team 6 were flying in "stealth" helicopters that radar can't detect. One of those helicopters crashed at bin Laden's compound in the first minute or so of the raid.

After the helicopter crashed, the SEALs killed both of bin Laden's bodyguards, his son and bin Laden. They then went around the compound picking up bin Laden's computer hard drives and documents.

What else has NBC News dug up on Williams?

All of this took about 30 minutes. By now there was great anxiety that Pakistani army units or others unknown would arrive at the scene, and there might be a firefight. The SEALs decided to leave as soon as possible.

The SEALs set explosives on the downed helicopter to blow it up so that its stealth technology would not fall into the wrong hands.

They detonated a massive charge inside the downed helicopter and immediately departed the scene. If Williams' story is true, then during all this intense drama one of the SEALs took the time to pick up a piece of the damaged helicopter fuselage that he would later send to his favorite news anchor.

Three weeks after the raid, the helicopter tail, which had survived the crash, was returned to the United States by Pakistan. It's also implausible that a SEAL Team 6 member would have then acquired a piece of this tail fuselage to send to Williams.

CNN asked NBC News to comment on Williams and the SEALs, but the network is not publicly discussing the issue while it conducts its investigation of a number of claims he has made that also relate to his coverage of the Iraq War as well as of Hurricane Katrina. Williams also has not been commenting.

In the news business there is a sardonic phrase about stories that don't quite pass the smell test. They are called "a story too good to check."

Unfortunately, for Williams his SEAL Team 6 stories, among others, that may have been "too good to check," are now being checked.