Every year, tech companies unveil new April Fools’ Day fake announcements. Some are impressively comprehensive; some are frankly painful. From IPv5 to the Gmail Shelfie, from “Match Of The Day” to iiNet’s ‘Pet-Fi’ and the inevitable Kogan moment, here are the most notable April Fools’ Day tech prank spoilers of 2014.

It’s almost certain that some of these will end up reported as actual news stories by less discriminating sites. Don’t be fooled! We can also expect to see plenty more of these still appearing on April 2 Australian time as the date arrives across the globe.

We’ve linked to the originals for these whenever possible; some arrived as press releases. If you spot another relevant one, let us know in the comments and we’ll add it. And if you want your own pranks, check out our list of tech tweaks to freak other people out.

Google typically has multiple April Fools’ gags. The Gmail one is centred around the idea of the Gmail Shelfie, a theme based on a selfie which you can share with others. Check the full story (such as it is, and to be honest it ain’t much) on the Gmail blog.

A more effective gag from Google is the challenge to find Pokémon hidden in Android and iOS Google Maps:

If we can’t have a proper NBN, I suppose we might as well have Pet-Fi:

Powered by your pet’s kinetic energy generated by movement, eliminating the need to charge batteries, Pet-Fi not only represents a revolution in connectivity but also an opportunity to save energy and reduce impact on the environment.

With a range of 30 metres, and a handy small electric shock feature which encourages your pet to stay within range, Pet-Fi allows customers to access our superfast 3G and 4G mobile broadband networks at home or on the go.

NBN jokes are obviously inevitable: online retailer Kogan has gone for a similar theme with a drone-flavoured twist:

Today, we are thrilled to unveil our latest innovation – the Kogan Drone Broadband Network (DBN) – a game changer that will use drones in the sky to deliver faster Internet for all Australians, replacing the need for the National Broadband Network (NBN).

The current Australian NBN rollout is going to cost an estimated $73 billion. Frustrated by the delays and cost blow-out associated with the NBN, our team of engineers decided to take matters into their own hands.

As the name suggests, Kogan’s DBN will rely solely on drones to deliver lightning fast Internet to data loving Aussies, who don’t want to spend more than five minutes waiting for House of Cards or Game of Thrones to download.

The Kogan DBN is lightning fast. It literally transports data from point to point faster than any other series of tubes.

We were going to make a cool video showing how the DBN works, but we wanted to deliver a broadband network on time and on budget, so we just made an image instead.

Gaining access to the new DBN is simple. All you need is to have a portable hard drive ready for the drone to pick up. The drones are already in the air waiting to serve your high speed broadband needs.

JobSwap, set for launch in May, has seen keen interest from employers during its test phase, and has already begun screening businesses for suitability.

OneShift founder, Gen George, said the test phase had been extremely positive, and she was looking forward to seeing how JobSwap would be embraced by the broader Australian business community.

“Businesses that took part in the test phase reported strong demand for the JobSwap service among their employees, with sign-ups at some companies outstripping the number of available places within minutes,” George said.

“We had a truck driver looking to swap places with a florist and a butcher who wanted try his hand as a surgeon.”

George said that although OneShift was focusing mainly on employer registrations at this stage, staff of participating businesses would be able to sign up via the website in a matter of weeks.

“Obviously, our main goal has been to sign up businesses, but once we’ve hit our targets, we’ll flick the switch and watch with keen interest as the job swapping requests roll in. We’re anticipating huge demand for the service and think it could be one of the biggest success stories of 2014.”

KFC has gone all out this April Fool’s with a ‘Mouth Expander’ gizmo that includes videos, photos and instructional diagrams all on full blown website.

“We made our Mighty Burger too big for the average mouth,” explains KFC on its website.

“The Mighty Burger stands a glorious 62mm tall. The average human mouth only opens to 49mm.
So we needed to gain – on average – an extra 13mm. Not to worry, our R&D team has been busy collaborating with Australia’s leading orthodontists to develop a solution – a simple device designed to make your mouth bigger.” Click here for the full, quirky rundown.

Would you be convinced by ecommerce software provider Bigcommerce announcing plans for self-destructing bricks and mortar stores? No? Us neither.

The new platform offers the same beauty and brains that every Bigcommerce store has, and can be set up in minutes.

However, each online pop-up store powered by Bigcommerce will self destruct exactly 14 days after launching. Once a domain limited to physical stores alone, digital pop-up shops provide unrivaled flexibility with no commitment.

Match Of The Day: Love Through Shopping

Internet shopping service Catch Of The Day claims to be expanding into new markets:

The Catch Group, Australia’s number one online shopping group, is building the business by adding a new dating site, MatchOfTheDay to its portfolio which matches couples by their shopping habits across the Group’s websites.

Launching today, Match of the Day joins the group’s current deal sites, CatchOfTheDay, Scoopon, GroceryRun, Mumgo and Eatnow, to give customers the chance to ‘shop around’ for their perfect partner.

MatchOfTheDay keeps things simple by matching you with one potential partner everyday at midday so there’s no need to spend time scrolling through a list of potential partners or navigating convoluted dating websites. Customers just need to input what gender and age they’re after and MatchofTheDay will do the rest.

CatchOfTheDay’s founder Gabby Leibovich is excited about the new addition to the Group, he comments, “Shopping is a key activity in a couple’s daily life which can often lead to arguments whether it’s choosing what groceries to buy or selecting an experience to do together. We think MatchOfTheDay is the solution to such conflicts of interest by matching like-minded people together based on what they buy.

“Hopefully there’ll be no more arguments about choosing what chocolate to buy or what branded toothpaste couples prefer as MatchOfTheDay will find you your perfect match.”

Note: if you sign up on the spoof site, you’re told: “Your details have been passed onto Dexter. He will let you know as soon as he finds a perfect match for you.”

Bulletproof has an unusual approach to the ongoing problems with IPV6 adoption:

The scheme is aimed at mitigating the risk of an impending digital dooms day, expected to be caused by the slow adoption of IPv6, which itself was created to overcome existing IPv4 IP address exhaustion. Some experts have been predicting a “day the internet stopped” scenario as a result of IPv4 exhaustion (even going so far as to make parallels to the global chaos unleashed around the world by Y2K).

“The problem with IPv6 is that its adoption has been slower than expected due to the wholesale technical changes required,” said Bulletproof CEO Anthony Woodward. “We believe that a far simpler, ‘baby steps’ approach is required to solve the problem. If IPv6 is too large a step, let’s get together and organise a more gradual approach.”

OzBargain Merges With Catch Of The Day

Bargain hunters may have noticed something a little different about the OzBargain website today — apparently, the site is now called CatchBargain following an acquisition by Catch of The Day. As the website explains:

Back in February this year, our community manager Neil visited Catch of the Day office in Melbourne, and that was an eye-opener. FREE snacks (yes, candies!) FREE gym, FREE basketball (to balance out after way too many sweets I guess) and all you can play GoldenEye 007 on Nintendo 64!

OzBargain has been acquired by The Catch Group for some undisclosed sum plus benefits including unlimited free snack bar access, unlimited gym access and basketball games all day everyday. All OzBargain staff will move to The Catch Group’s office in Mulgrave Melbourne.

“Fidophone” is an Optus app available for Android and iOS that allows your four-legged friend to text you.

Connecting you with your four-legged friend at home 24/7, the package includes a FidoPhone and an easy-to-use app.

Designed for any domestic dog, the at-home handset allows your pet to answer your call with any one of six pre-programmed messages, including ‘Hey Dad, I love you’ and ‘Come and play with me’. It also gives them the ability to call you if they need you, or if they just want to say they miss you.

It’s time to give the dog a phone. Coming soon to Optus.

Start the day with our NEW Vegemite iDRINK2.1 energy drink! Swap your Vegemite toast for this when you're on the go? pic.twitter.com/Lsvsfbb88D

Selfiebot: Sadly, Not A Hoverboard

The idea of a hovering robot-powered camera to take better selfies sounds ludicrous. On the other hand, naff concepts like this keep Kickstarter and its clones in business.


Finally, it’s not tech, but the notion that Andrew Bolt is going to replace Charlie Pickering on The Project is too horrendous to contemplate even as a joke. 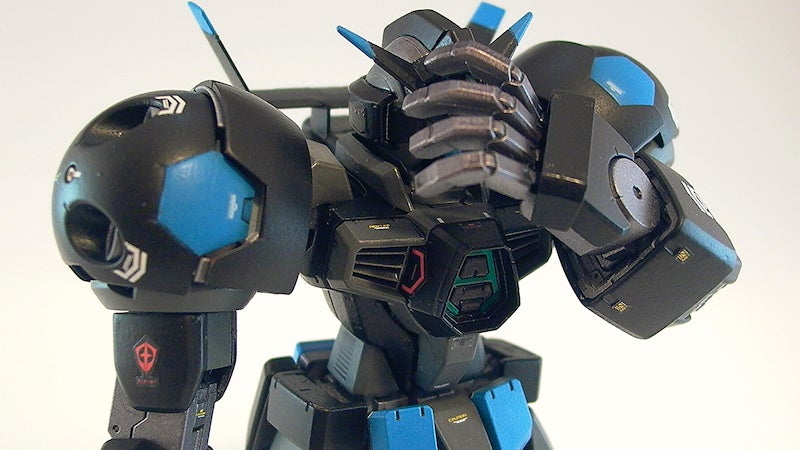 The Three Most Common Types Of Dumb Mistakes We All Make

Thorin Klosowski 29 Feb 2016 9:00 AM
We're all prone to epic blunders from time to time, and knowing why they tend to happen can help you avoid them in the future. A study published in the journal Intelligence breaks down what we consider or dumbest mistakes into three categories.
it-career 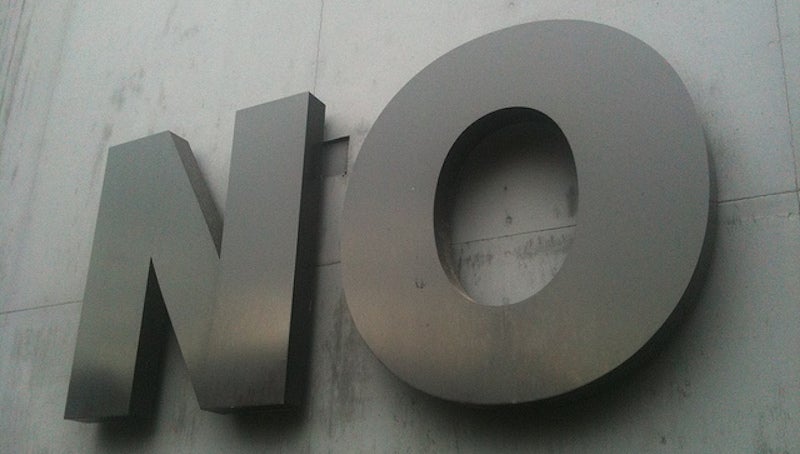 Eight Strategies For Politely Saying No

Kristin Wong 29 Feb 2016 7:00 AM
Sometimes you just need to say "no" to people. Maybe it's a friend asking for a favour, and you can't commit. Maybe it's your boss asking if you have time for another project, and you don't. Whatever the scenario, here are a few polite ways to turn someone down.
organise

Chris Jager 29 Feb 2016 6:30 AM
Brief news items of note for Lifehacker readers, including. The best and worst moments from the 2016 Academy Awards.
Subscribe Contact

Listen or watch the Lifehacker #STATICPODCAST

Most Viewed Most Commented